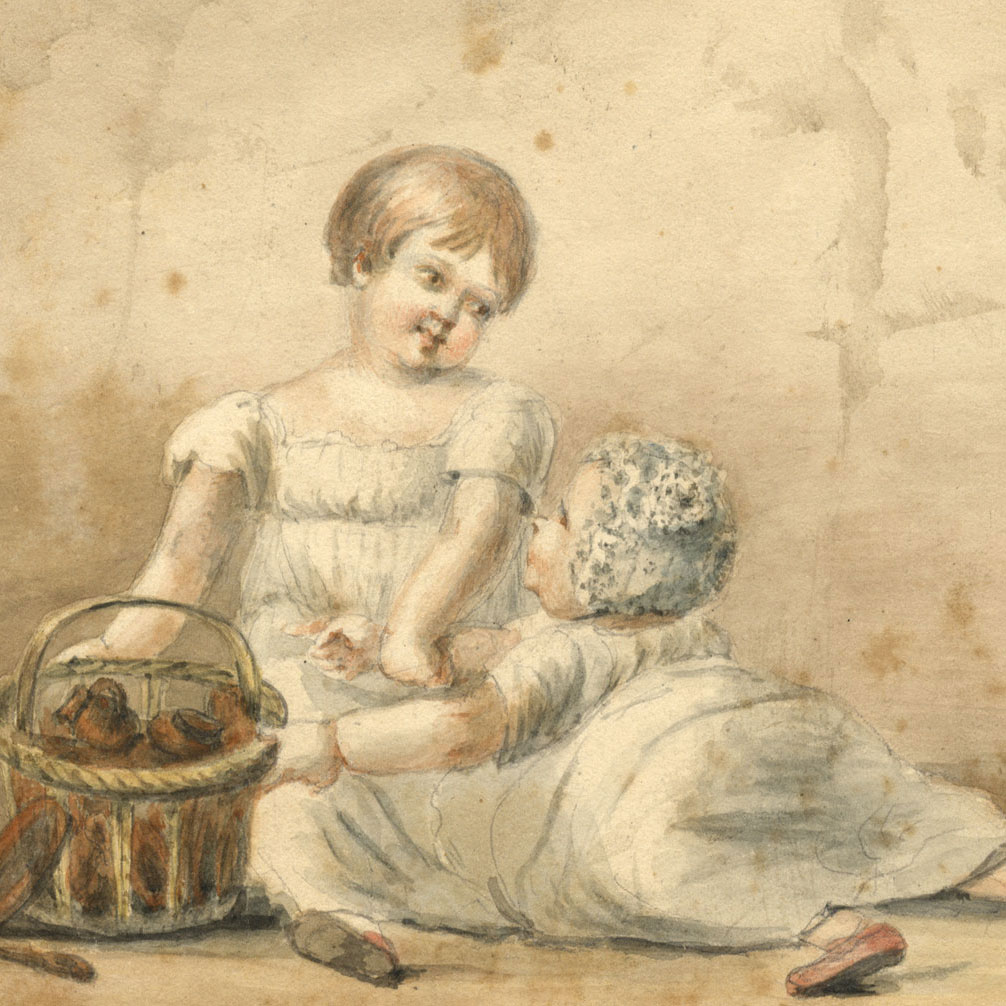 This charming pair of intimate portraits depict children of the important Walpole family, by their aunt, Elizabeth Walpole (1759–1842). In the 18th and 19th centuries the Walpoles were one of England’s most influential families.

Sir Robert Walpole, Britain's first Prime Minister—who served George II for over twenty years— was great-uncle to the artist Elizabeth Walpole (and great-great-uncle to the sitters). His son, Horace Walpole, is well known for being a politician, writer and thought leader, who built Strawberry Hill in Twickenham.

The artist's father was Thomas Walpole (1727–1803), a director of the East India Company and a very influential politician before his career collapsed following a financial scandal, causing him to sell his house in Carshalton, Surrey. His son, also Thomas (1855-1840)—the two children's father—was British Ambassador to Munich.

This pair of portraits represent a much more intimate view of the family than is normally witnessed through grand commissioned oils hanging on the walls of the Walpole estates—the children captured in a passing moment at their home, Stagbury on Outwood Lane at Chipstead in Surrey.